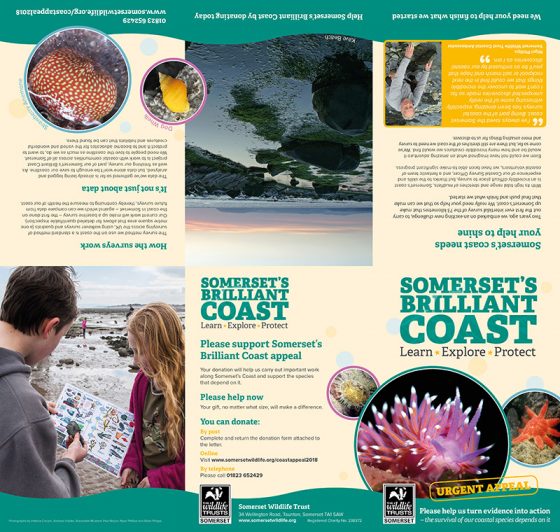 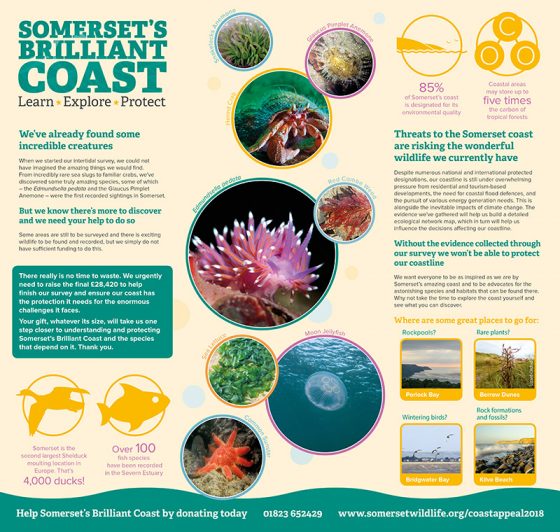 This fundraising mail pack for Somerset Wildlife Trust had to attract peoples attention and encourage them to donate.

Over £28,000 was needed by Somerset Wildlife Trust to complete Somerset’s first-ever scientific survey of the county’s coastal wildlife and fully-fund its largely grant-funded new community engagement project along the coast.

This appeal pack, comprising a letter with attached donation form, a leaflet, two postcards, and an outer and reply envelopes, was mailed to 6,000 supporters. The pack sought to bring the coast to life, highlighting key discoveries to date and little known facts, while also ensuring a clear ask for donations. The Trust exceeded its appeal target and the pack also helped to inspire more people to be aware of the importance of Somerset’s Brilliant Coast.